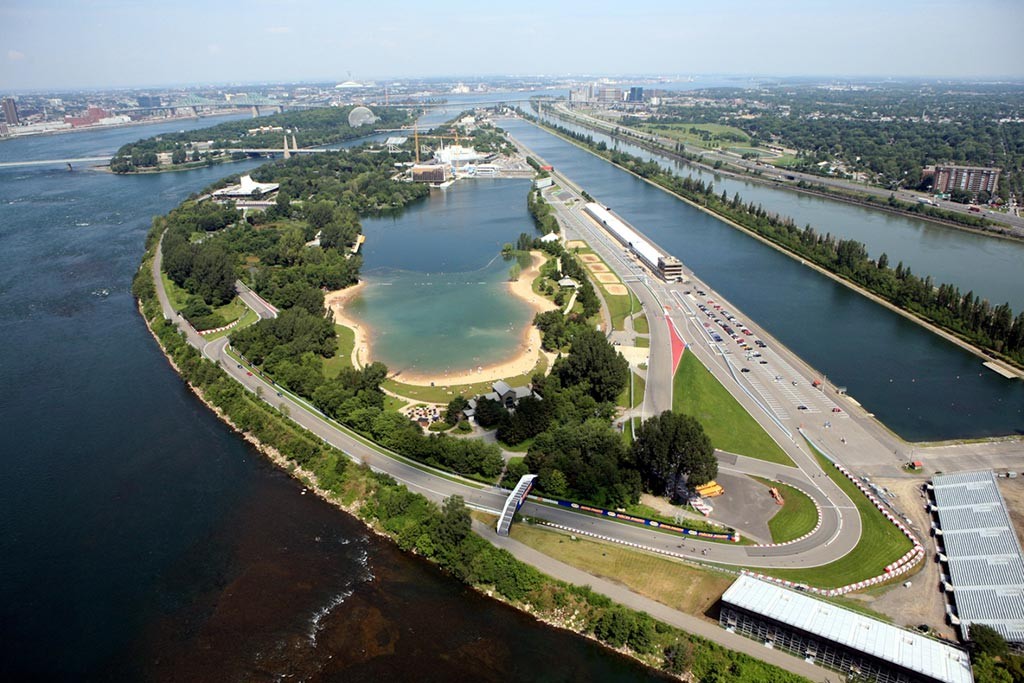 Formula 1 heads across the pond to Canada to kick-off a busy phase of six Grand Prix’s in eight weekends. We previews the event at the Circuit Gilles Villeneuve and provides the key facts.

The track originally titled Île Notre-Dame Circuit, the track was constructed in 1978, replacing Gosport as the host of the Canadian Grand Prix. In 1982, it was renamed in honor of Gilles Velineuve, following his death.

Sitting on Notre Dame Island, it is predominantly made up of ling straights and tricky chicanes, with a tight hairpin thrown into the mix at the end of the lap, ensuring plenty of overtaking opportunities.

“Turn 1 and 2 are one of the many chicanes at this track, with the second corner being very, very slow. It’s difficult to put the power down here – there’s always some oversteer,” explains Carlos Sainz Jr.

“At Turns 3 and 4 there’s the first wall of the track, which you try and get as close as possible to. Doing this gives you lap time and the closer you get to the wall, the more confidence you show.

“At every chicane, especially at Turns 6 and 7, kerb riding and positioning the car well in order to get a good line is also key. Doing this means you are then also quick on the straights following these corners.

“Turns 8 and 9 form another chicane. It might look like very simple because you have the same kind of corners, but each of these chicanes has different tricks and you need to take each on in a diverse way.

“Turn 10 is one if the tightest corners of the calendar, as well as one of the slowest. This is certainly an overtaking point! The exit from this hairpin is also very important, because you continue into one of the fastest straights of the year – we reach nearly 340kph, which is not bad at all!

“Finally, you get to what in my opinion is the best corner of the track, Turn 14, also known as the ‘Wall of Champions’. It’s a very tight chicane where you need to ride the herbs again.”

Nico Rosberg’s championship lead was cut to 24 points at the Monaco Grand Prix, as the German tumbled down the order in a wet/dry race while teammate Lewis Hamilton took his first victory of the season.

Red Bull has emerged as Mercedes’ main challenger in recent races; Max Verstappen took victory in Spain after the Silver Arrows collided, while Daniel Ricciardo led the way in Monte-Carlo before a pit blunder.

As both Ricciardo and Verstappen will run Renault’s upgraded power unit at the Circuit Gilles Villeneuve, all eyes will be on the pair and whether they can take the challenge to Mercedes on a standard weekend.

In terms of Canadian Grand Prix winner, Hamilton is the most successful active driver, taking his maiden Formula 1 victory at the track in 2007 before building on it in 2010, 2012 and 2015.

Michael Schumacher still holds the all-time record with seven victories at the circuit.