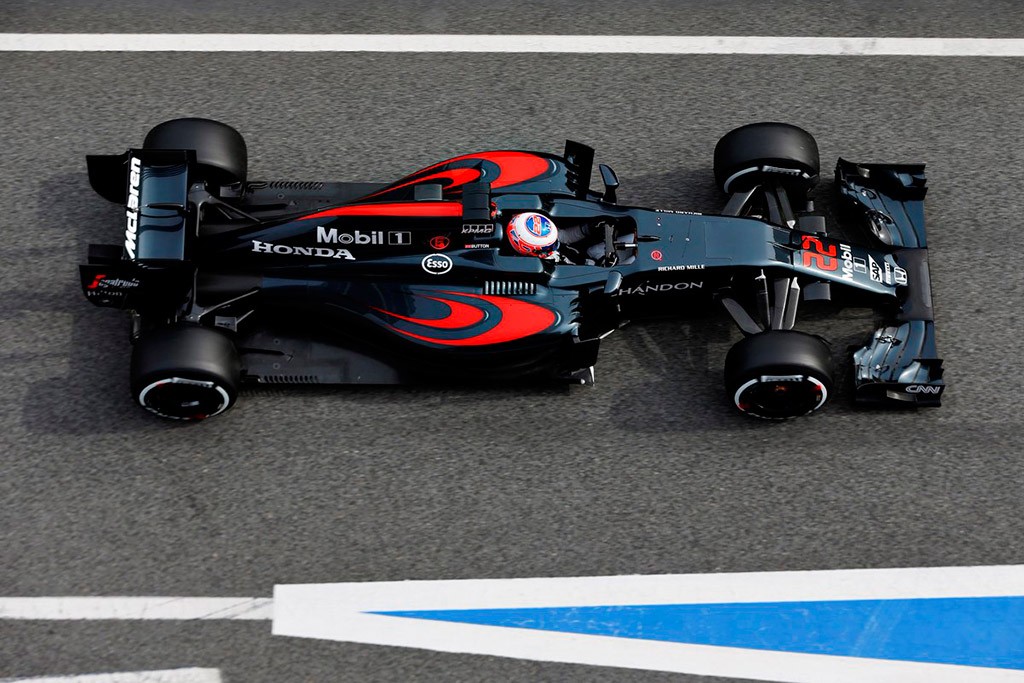 Honda has given the green light for an upgrade to its power unit for the weekend’s Canadian Grand Prix.

After extensive evaluation of its plans over the last few days to decide how best to deploy its available engine updates, the Japanese manufacturer has decided to use two of its available tokens for a Montreal tweak.

Honda has decided to introduce a new turbocharger for its powerunit, which is expected to be fitted to both Jenson Button and Fernando Alonso’s cars.

Although a change to the turbo would be expected to deliver a boost to power, Zapf1.com understand that the revisions to the design are actually aimed at improving the harvesting efficiency of the powerunit.

So despite it not bringing and ultimate lift in power, such a change would allow Button and Alonso to have more energy deployment over a lap – which should deliver a decent improvement in lap time.

Honda has been weighing up how best to tactically introduce improvements to its engine – in a bid to ensure it maximizes the available tokens it has to spend.

It does not want to waste tokens on updates that do not deliver a good step forward in lap time.

The decision by honda to introduce a new turbo comes agains the backdrop of ExxonMobil introducing a new fuel this weekend that should deliver a horsepower step.