Go back to: Home / Formula 1 / Will Button race in Monaco without testing the car first ?

Jenson Button ‘could not think of a better place to return to F1’. The British driver was excited when he learned he would substitute Fernando Alonso -who will be racing in Indianapolis- for the Monaco Grand Prix.

In 16 appearances, Jenson obtained a win and two podiums. However Jenson has declined to jump in the car before the free tests of the race’s weekend.

“I do not understand why he will not try the McLaren here,” Felipe Massa reproached him before the test that was held last week in Barhein. It was a perfect opportunity to acclimate to the MCL32 before the ‘real test’, but McLaren decided that a few days on the simulator would be enough to get him ready. His experience reassures the team, but the new cars with the highest downforce of the last decade, the physical demands on the turns and the difficulty of dealing with a car with which Alonso fights more than he enjoys, will surely be a big challenge for Jenson.

Has he shot himself in the foot? 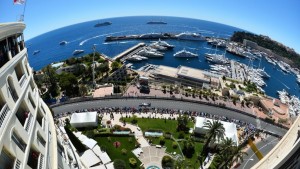