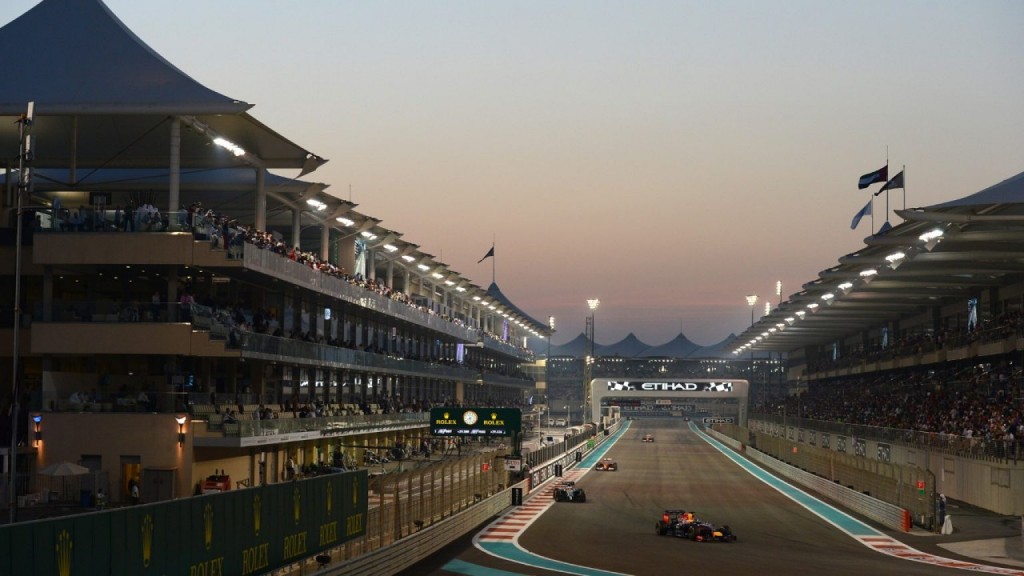 Abu Dhabi is a city on the move. Not content with enjoying one of the world’s richest oil reserves, the region has recently thrown itself into a massive programme of development. And one of the jewels in Abu Dhabi’s crown is the new 5.55-kilometre Yas Marina Circuit, which on November 1, 2009, hosted the country’s inaugural Grand Prix. It was also the first F1 twighlight race, with powerful lighting ensuring a seamless transition from day to night.

Located on the spectacular Yas Island, the track is set to revolutionise the design of future Formula One circuits. Boasting top speeds of 320 km/h and average speeds of 195 km/h, it features nine right turns and 12 left turns and is one of the few venues on the calendar to run in an anti-clockwise direction.

Designed by renowned circuit architect Hermann Tilke, Yas Marina has a waterfront setting scenic enough to rival the likes of Monaco and Valencia. And with the track wrapping itself around the island’s glamorous newly-built marina, there’s plenty of mooring space for the paddock’s plethora of yachts.

Its distinctive design also boasts several innovative elements including the iconic five-star, 499-room Yas Viceroy Abu Dhabi hotel, which straddles the circuit; the 60-metre solar powered Sun Tower, which offers unrivalled views for invited guests; and a pit lane which sees the cars exit via a tunnel passing under the track.

Another world first is that all of the grandstands, including the massive hairpin seating area, are covered to protect spectators from the desert sun, whilst the state-of-the-art pit building boasts 40 air-conditioned garages. Luxuriant comforts and first-rate views are clearly the watchwords for Abu Dhabi race goers.

The track itself was designed with racing in mind. As well as the waterside marina area, there are high-speed sections (including the longest straight on the F1 calendar), tight corners for overtaking, and even a twisty street circuit-style sector. Overall, its diverse elements come together to create one of the longest and most demanding tracks in the world, where close and competitive racing is guaranteed.