Go back to: Home / Teams / Mercedes 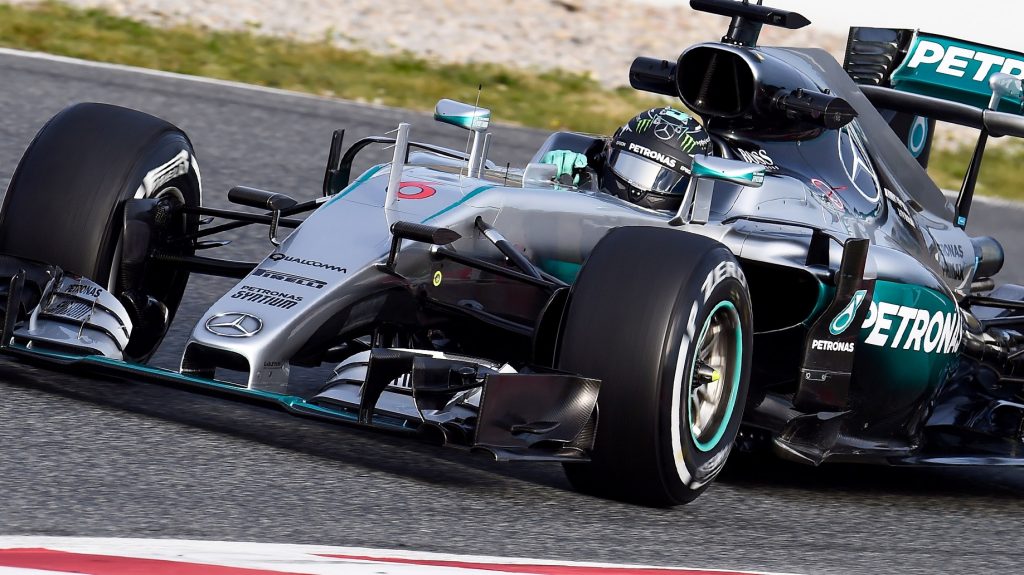 After winning their first race at the 1954 French Grand Prix, driver Juan Manuel Fangio won another three Grands Prix to win the 1954 Drivers’ Championship, and repeated this success in 1955 when he won the second title for Mercedes-Benz. Despite winning two championships, Mercedes-Benz withdrew from motor racing in response to the 1955 Le Mans disaster, and did not return to Formula One until rejoining as an engine supplier in association with Ilmor in 1994.

Mercedes-Benz returned as an engine supplier in 1994 in a partnership with Ilmor, a British independent high-performance autosport engineering company with manufacturing based in Brixworth, Northamptonshire, now called Mercedes AMG High Performance Powertrains. It supplied Sauber for one season, then switched to McLaren in 1995. In 2009 they also became suppliers of Brawn GP and Force India. Mercedes-Benz returned with a factory team in 2010 after the purchase of Brawn. A fourth team was added to the supplying program in 2014, Williams. For the 2015 season, the 20-year long partnership with McLaren ended. Instead, Mercedes supplied engines to the Lotus F1 team.