Haas F1 Team (previously known as Haas Formula and Haas Racing Developments) is a Formula One racing team established by NASCAR Sprint Cup Series team co-owner Gene Haas in April 2014. The team originally intended to make its début at the start of the 2015 season, but later elected to postpone their entry until the 2016 season. 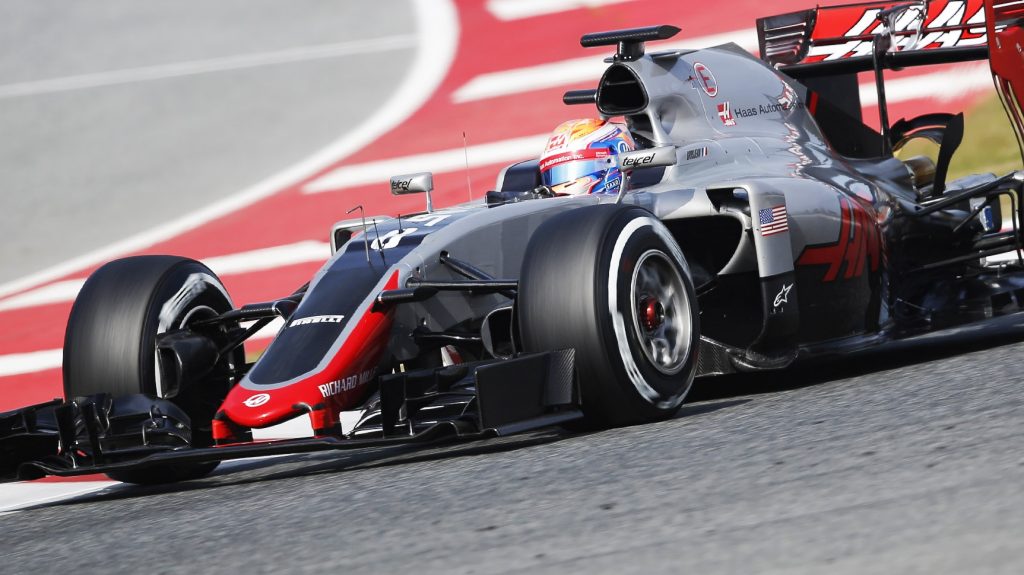 The team will be headquartered in Kannapolis, North Carolina – 50 km (31 mi) from Charlotte – alongside sister team and NASCAR Sprint Cup entrant Stewart-Haas Racing, though the two teams are separate entities. The team also established a second forward base in Banbury in Oxfordshire for the purpose of turning cars around between races during the European part of the calendar.